Criollo cocoa is very precious and rare. It is classified as pure fine flavour cocoa. Among them are the »old Criollos« (Ancient Criollos), descendents can still be found e.g. in Mexico or Venezuala, they originated from different Upper Amazon Cocoas located easterly of the andes and were spread over 3000 years ago to their present growing areas. The ancient Criollos often have pure white seeds and are less bitter. A second Criollo group describe the young, or new Criollos, which are usually the result of backcrossing with high-yielding and robust Trinitario varieties. The Criollo's share of world production is well below 1%. Unfortunately in many countries Criollo cocoa is also used to describe old, ancient and formerly existing varieties, that genetically have nothing in comon with descendents from real Criollos. 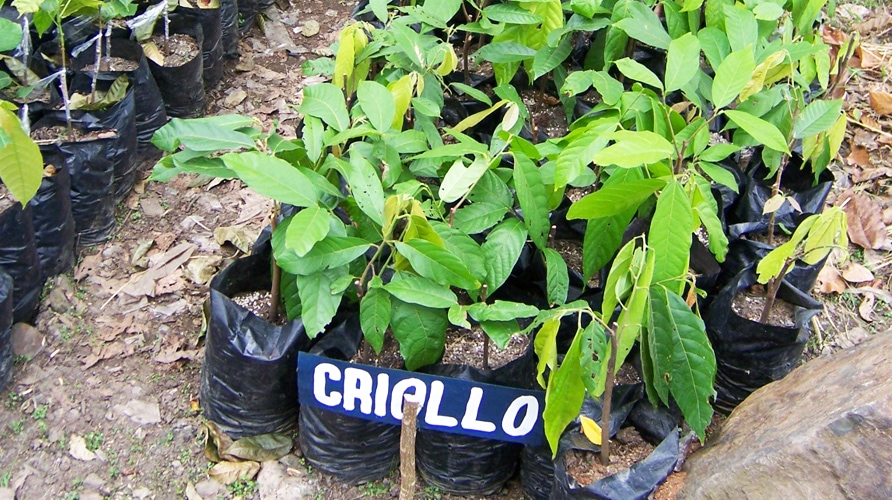